United We Are Powerful

I know that most of my articles are blog related to hair, health, lifestyle etc. However, today’s post is different. February is Black History month, so it fits perfectly as the post of the day. I am very Pro-African – very Pro-Black – incase you did not know that about me. So, I was walking around the apt rocking my baby to sleep when my eye caught something and I was inspired to put pen to paper. An African wooden carving that was gifted to my husband from Ghana sparked my attention. 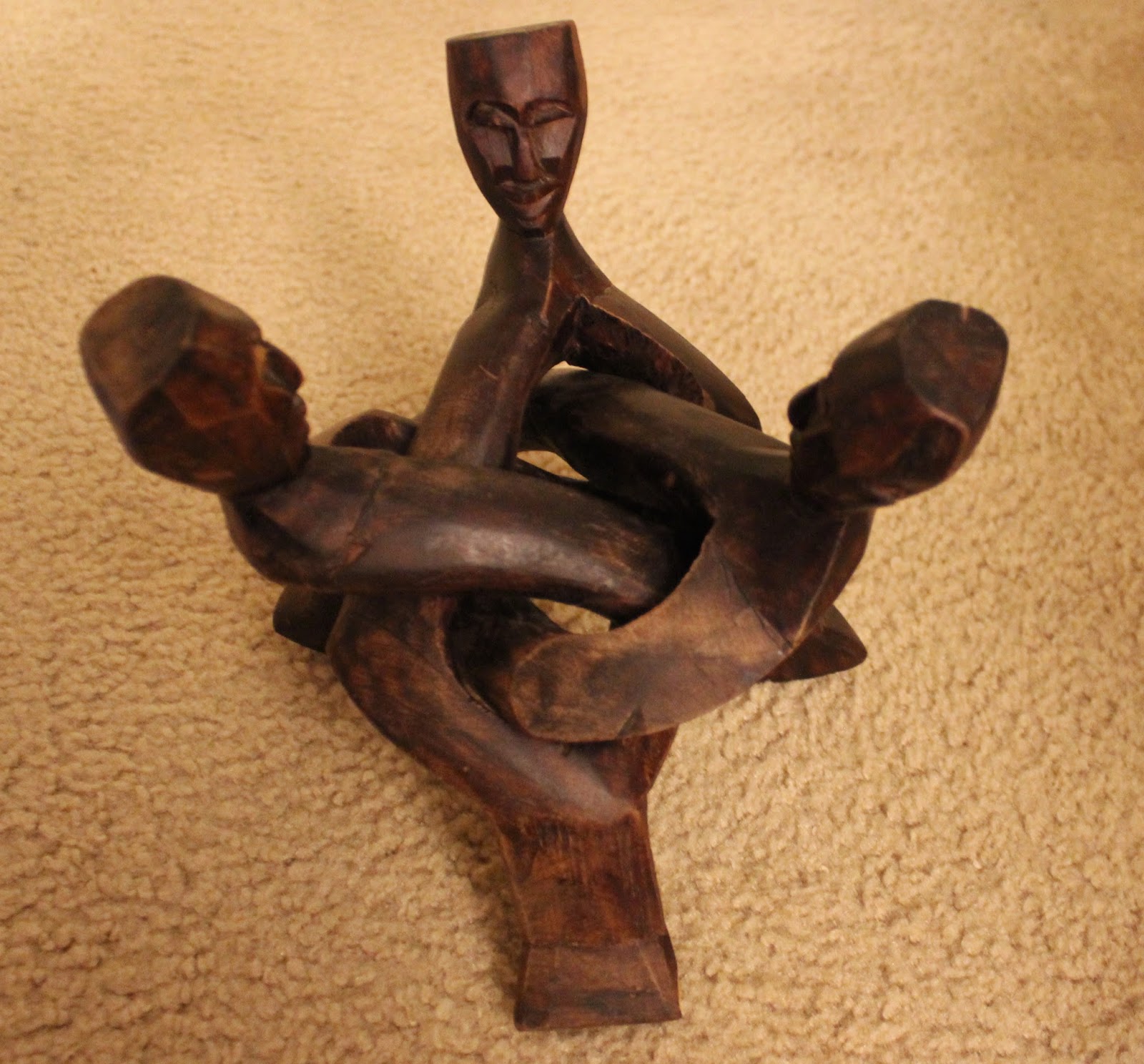 This wooden carving symbolizes Unity. It represents Africans united together as one entity. Take a look at the image above (Unity Carving) you will see three Black People joined by the arms in a tight unbreakable bond that has no ending. This is the bond that made Black People strong and looked after their tribe (their people) and stayed together. It made me stop and think about how far from being unified we are as Black People. We are more divided than our African Ancestors could ever have dreamed or foreseen. Yes, I did say African Ancestors. Whether you agree or not, if your skin is any shade of brown/black, then you are descendants of Africa hunny!


Why So Divided
Slavery damaged us as Black People. That is a fact. Each one of us, possibly of different nationalities has our own slavery history. However, one thing remains the same – our people came from different parts of Africa on a cramped boat to a foreign land. Slavery is over, however, our view of ourselves, as a people have been tainted. We had our values beaten out of us with chains and pricked wood. We were seen as lower than animals and at times were the source of entertainment and attraction and was forced to play the part. We are divided as Black People because for hundreds of years we were in mental and physical bondage and our minds are still not free. The concept of Unity disappeared from the minds of our people with every slash of the whip, with every thrust of rape and with every cry of a child being dragged from his/her mother and sold for less than a hair of corn.

Slavery Was Just Yesterday
We are forced to believe that slavery was a million years ago and frankly, we ‘should get over it’. This is so far from the truth; it is painful. Slavery in America ended in 1805 and segregation followed for another 100yrs (which, in my opinion, is still slavery and a topic all to itself). THEN they say we have been quote and quote ‘FREE’ since 1964. Now let me ask you something. What year were your parents born? Exactly! I am sure that for most of us, that year was before 1964. So see, we need to stop thinking that it was years ago.

United, We Are Powerful
When we come together and be united as a people and help each other grow we will be powerful. United we can do great things. Other races stick together and better each other. We are labeled as minority. We can remove that label if we join hands with our fellow Black men and women and be united.