February 14, 2015
DW Alexander, a hip lounge in the heart of Toronto wants you to know more about them and how they contribute to Toronto's night life. If you are in Toronto, you have to visit them.

Although Toronto is based in cold Canada, it's nightlife is far from cold or uninteresting. A great number of bars, lounges and night clubs make it almost impossible to plan your night out. Whatever you chose, you always feel like you’re missing out on something, on some event or social gathering. These are some of the options we would like to recommend to you.


Canadians, similarly to Americans, had a real beer and wine revolution in latest years. A lot of them adopted this, we can freely say, global trend. This led to a great number of wine and beer bars being opened all over the country. Toronto is not an exception. Furthermore, there are numerous breweries that are producing their own beer, which also became extremely popular. Wine selection has increased, so nowadays you have, not only French and Italian types, but also US brands fighting for the market. All of that together makes a great opportunity for tourists. 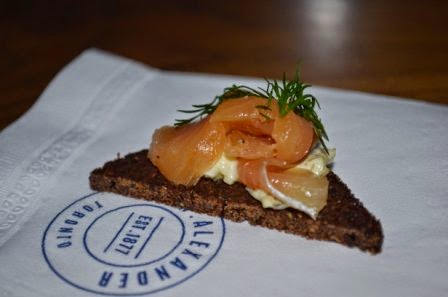 Nightlife of a city wouldn’t be complete without popular Toronto lounge and cocktail bars. Many of the cocktails are specific for this area and very different than those which are served in other parts of the world. Besides that, there are a great number of standard, tried and tested ones. One of the cool places where you can try excellent cocktails is D.W. Alexander. Situated in the center of
Toronto, on 19 Church Street, it has a long history of serving spirits. In latter days, it became a popular lounge bar. D.W. Alexander has been raved about and given 4 stars on Yelp.com

Clubs in Toronto are really specific in a sense that most of them are trying to have different background theme. In this way, the offer is really versatile and there are barely two places that are similar. There are bars and clubs which are country or region specific; such as Japanese or Asian bars, Portuguese, Mexican, Irish, each one of them with different feel to them. None of that is surprising given the cultural diversity of the population. Like in many other tourist hot spots, Toronto has numerous variations of bars when it comes to prices, positioning, and clientele.

Similarly to US, Canada adopted European trends when it comes to music. Although the rock is still high on the list, most of the people prefer going to techno, dance or electronic parties. Don’t be surprised if you, as a tourist from Europe, know all the songs that DJ is playing in the club that night. Normally, the parties last for days. Contrary to popular belief, Canadians tend to stay in the clubs all night long and it can be easy for you to forget when you actually came to the party.

Toronto is not just a great place to live or an industrial city; it is also an important city when it comes to events and night life in Canada. There is always something new happening and no matter how hip you might be, sometimes you just can’t catch up on all the things that you would like to see or experience.

To find out more about D.W. Alexander visit:
Facebook: https://www.facebook.com/DWAlexanderToronto

March 06, 2014
Lupita Nyong’o, the gracious black beauty was an honoree at the Essence Women Luncheon a few days ago. In her speech, revealed her struggles being a black girl to womanhood and how images of the supermodel Alek Wek made her see beauty in herself as they both shared the same 'midnight' complexion. She then pulled out a letter a fan wrote to her thanking her for appearing on the scene just in time before she ordered Decia's Whitencious bleaching cream.  “Dear Lupita,” it reads, “I think you’re really lucky to be this Black but yet this successful in Hollywood overnight. I was just about to buy Dencia’s Whitenicious cream to lighten my skin when you appeared on the world map and saved me.” Who or what is Decia's Whitencious Cream you might ask? Dencia is the Cameroonian-Nigerian singer 'was' of dark complexion but been using bleaching cream to lighten her skin to a 'very pale' complexion. Now I urge you to look up FOOL in the dictionary and her pale
17 comments
Read more! »